Pilates is different than any of your usual workouts and will work different muscles than you have (ever) used before. You might be confused after your first or second session. Pilates may take a couple of sessions before you start to understand what you are aiming to accomplish and before you understand just how deep and efficient of work you are doing! We’ll be teaching you a whole new way to move your body and it takes time for your body to integrate the new knowledge it’s learned.

“Fitness is the first requisite of happiness” 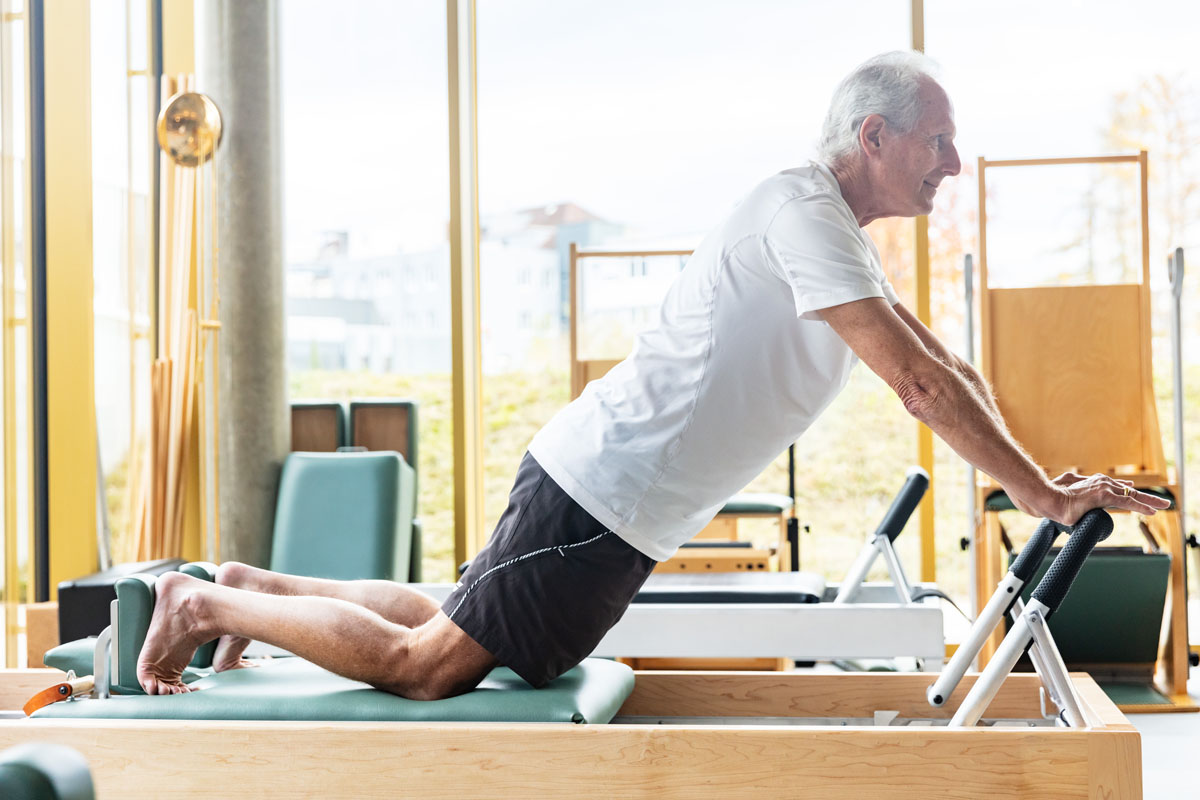 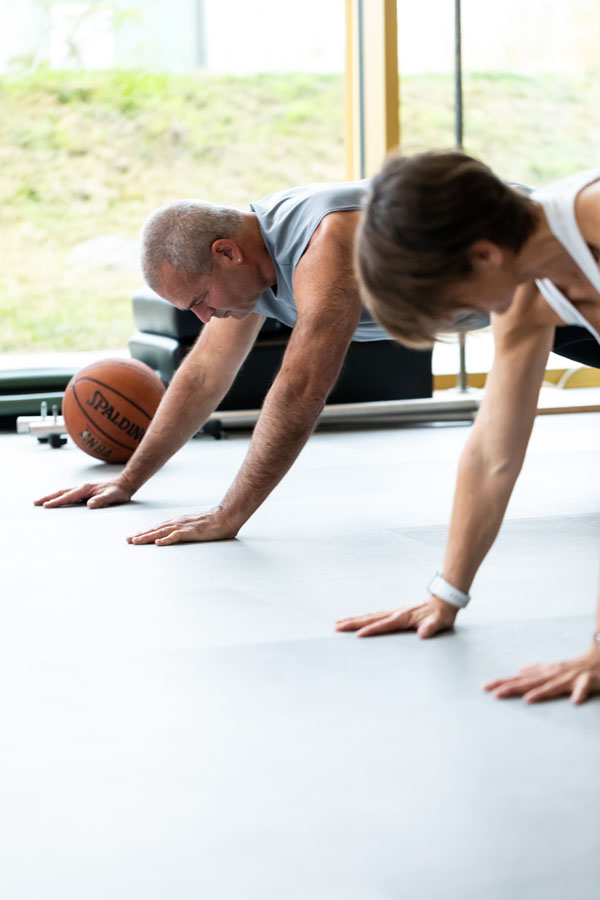 I have done Pilates. Do I need to take a private classes?

Absolutely! Private sessions and beginner classes are the foundation of your Pilates practice. You need to learn how the apparatus works and how to work against the spring resistance. Our group classes employ the unique Pilates equipment, the Tower, and we need to show you how to use it and use it safely!

How soon will I see results?

Everyone is unique. Consistency is key. Taking what you learn in your sessions and applying it to your daily life will accelerate your body’s transformation. Lasting changes in your body can take time, but it’s important to know that after each session you will leave feeling energised and taller!

How many times a week should I do Pilates / Can I do a Pilates workout every day?

This depends on your personal goals and your budget. As a standard we recommend 2 times per week, but the more you practice, the quicker you improve and notice a change in your body. Pilates can be done daily (there is no lactic acid build up). Yes you may feel a bit sore but you will Not be crippled by your workout. In Pilates we do a maximum of 10 repetitions and move on, working the body from every angle from head to toes.

The Pilates philosophy is built on a strong foundation of excellent alignment, fewer reps, and a whole lot of variety. Nothing is overdone; the whole body and mind are engaged.

What if I am really out of shape, do I have to have a good base of fitness and flexibility to get started?

What if I have a bad back or recovering from an injury, can I do Pilates?

Yes, as long as you have been given the clear by your doctor. We recommend private sessions to start so they can be specifically tailored to your needs and rehabilitation program.

How does a Pilates program differ from a rehabilitation program or from PT?

In times of injury, Pilates differs from physical therapy in that in PT, you work only the injured part. In Pilates we allow the injured part to heal while we keep the rest of the body strong and stretched until the injury has healed enough to add it back in.

Pilates instructors are not physical therapists or doctors (unless they are!) so after a person has been released from PT, we work with their strengths and around the injury while the injury heals. We don’t rehab the person, they rehab by staying strong around the injury. Then the injured part is slowly brought back into the workout as the person gets stronger.

My partner thinks only girls do Pilates? How can I convince him to try it?

Pilates was created by a man, Joseph Pilates. He created this form of exercise to strengthen his entire body. Some of the exercises he designed were done only by men, no woman allowed!

Joseph Pilates had a background in boxing and was a self-defense instructor for detectives at Scotland Yard. Nothing girly about that, right? The man was even asked in the early 1900 by German officials to teach his fitness method to their army – but he declined, as he didn’t agree with their political views.

Somewhere along the line Pilates, as a form of exercise, became more popular with women. But men are realizing the potential for Pilates training, although they still have to get past the stigma of it being “women’s exercise. Men tend to strengthen the body from the outside rather than from the inside as Pilates does. Pilates will make them start to think about their body and its function differently. In particular, they will start thinking about their “core”. Ultimately they will find that they transfer all that they learn in the pilates studio to the other sports or activities they do.

Bring your partner for a session, we will give him a good workout!

What is the difference with Yoga?

Pilates is not like Yoga. Some Pilates exercise, in stop-motion, look like yoga poses. However, Pilates exercises are not yoga asanas (poses), and there are many significant differences in form and technique. You move with flow through different exercises rather than hold the position. Pilates and Yoga are both performed on a Mat, but Pilates is also practiced extensively on a variety of Pilates equipment. Yoga uses the body to connect with the mind and the inner self, while pilates uses mindfulness to connect to the inner workings of the body and the core.

The similarity is that they’re both low intensity, low impact and are min-body oriented, unlike many other forms of exercise.

Could Pilates be a passing fitness fad?

We do hope that much of what is called Pilates in gyms and clubs is indeed a passing fitness fad!

Pilates has been around for almost 100 years, and we strongly believe it will be around for at least another 100. Because it works! It works when done correctly, as Joseph Pilates intended it. In the long run there will be fewer Pilates classes around and fewer studios, but the remaining studios will all be quality and real studios with highly qualified instructors.

Will I sweat doing Pilates?

Pilates is not an overly cardio workout (though we can get your heart rate up!) especially at the beginning of your practice. The sweat and heat that Pilates stimulates comes from your deep muscles and is very different than superficial workout sweating that you will be accustomed to. Do not fret if you don’t sweat! When it comes to Pilates this does not mean that you did not work correctly or sufficiently. You are still creating strong and flexible muscles and building a stronger core. And the sweat will come the more into your practice you venture.

I hear that I need a strong Core, but what is the meaning of Core?

It is the center of your body. Yes, it includes the abdominal muscles; however, it also encompasses the 29 muscles in and around your trunk and pelvis, including those of the hips, buttocks and lower back.

Are you curious and want One trial? This is an opportunity to experience real Pilates first hand. In this one session you will have a strong flavour and a good idea of what to expect going forward and mainly to experience Pilates on the apparatus. You will also have the opportunity to discuss all our workout options and what best suits your needs.

This package is a great introduction to Pilates and a good start to a regular workout. Your instructor will give you the hands-on guidance you need to get introduced to the apparatus and get acquainted with the Pilates detailed instructions. You can then decide to stay with private sessions or move into a Duet, a Trio or a Group class.

Interested in our Group Classes? Start HERE with this package that combines 3 individual sessions with a group class. This is a great way to get started at a low cost while getting familiar enough with the basic exercises, the language of Pilates, and the use and safety of the apparatus – mainly REFORMER & TOWER. This will give you a good foundation to join a group class (of maximum 6 people) and make the best out of your group workout. We want your training to be effective!

This package is similar to Option B and is intended for 2 people who choose to discover the method 2gether. It is a very good introduction to Pilates and although there are 2 of you, you will benefit from a personalized attention from your instructor (you can be of different fitness levels). This initial investment will allow you to familiarize yourself with the use of the different Pilates apparatus, with the basic exercises and the language of Pilates. You can then decide to continue with the Duo sessions or switch to Group lessons.